How are you doing? I have a special post for you today. Earlier today I bought the Portuguese Vogue and, to my surprise, a video-game character was the start of Louis Vuitton’s campaign for Spring/Summer 2016!

I only know her because my boyfriend is a gamer and Lightning (who is the model for the campaign) is the protagonist of one of his favourite games: Final Fantasy (XIII, to be more specific). For those of you that do not know this, the Final Fantasy saga is a cult series of video-games that has over 100 million players around the world.

I was very surprised when I saw she was the star of the campaign, I thought it was such a genius idea to have a virtual character as the face of an international campaign for a brand such as Louis Vuitton!  Nicolas Ghesquière, the creative director for the brand, had this to say about this idea:

It’s clear that the virtual aesthetic of video games is predominant in this collection. If we push the reflection about heroines, or what might constitute the nature of a woman whose actions can be so courageous that she becomes superior and iconic, it becomes obvious that a virtual entity integrates with the founding principles of the Maison. Lightning is the perfect avatar for a global, heroic woman and for a world where social networks and communications are now seamlessly woven into our life. She is also the symbol of new pictorial processes. How can you create an image that goes beyond the classic principles of photography and design? Lightning heralds a new era of expression.

I take my hat off to Louis Vuitton for coming up with such an inspiring and beautiful idea, and to Nicolas Ghesquière for such a marvellous statement. That being said, I leave you with the pictures for this campaign, which I think look absolutely stunning! 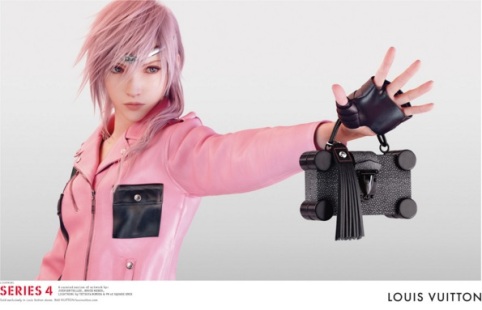 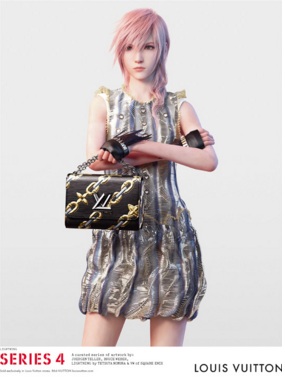 To see the entire collection and watch the campaign films, just click here.

What do you guys think of this campaign: brilliant or mental?