How are you all doing? Hope you’ve had a great weekend!

Since I’ve recently bought myself a bit of makeup and some new brushes, I thought it’d be a good opportunity to share with you a ‘first impressions’ type of post. Regarding the look itself – which other products I’ve used -, I’ll be talking about that on Wednesday’s post.

Also, if you want to know more about these products and see some swatches, just read the post I’ve written before this one, it features it all.

These are the products I’ve used: 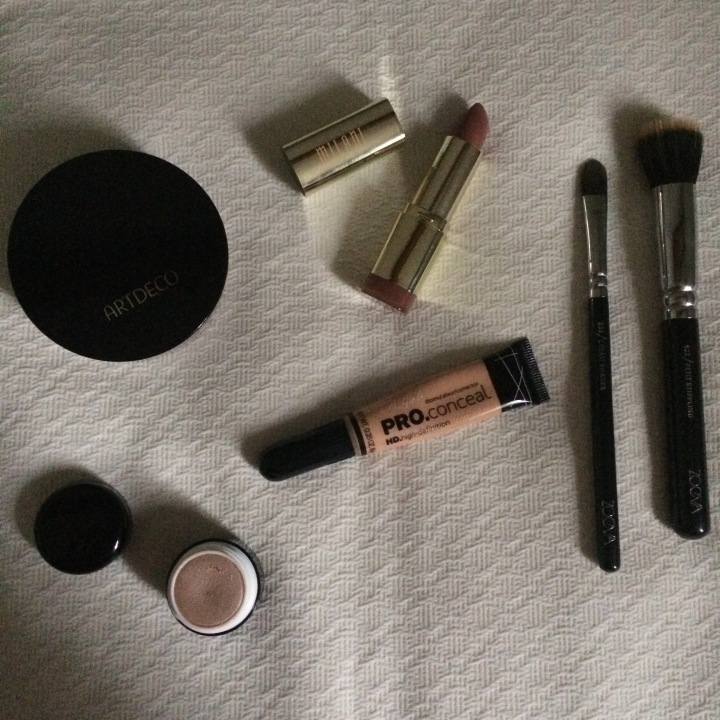 The first thing here that I used was the PRO Conceal – HD Concealer, by L.A. Girl, which I applied with the 122 Petit Stippling Brush, by Zoeva. The concealer’s okay, does a good job at concealing the dark circles, and it’s perfectly in between creamy and liquid consistency. As I mentioned on my previous post, it’s slightly on the orange side, which I don’t really mind since it counteracts the bluish-purply tones in my dark circles. I do feel like I have to apply another, lighter concealer to give gome brightness to the area. But it doesn’t crease and my skin looks hydrated, which is always great!

The brush’s absolutely perfect! Maybe just a tad too big for the under eye area, which is what I bought it for, but I can still make it work and provides a very natural finish, blends everything like a dream!

Then I applied the Eyeshadow Base, by Artdeco, with my finger. First thoughts: I’m going to hate it. The consistency’s almost on the oily side, I thought there was no way it was going to work. Second thoughts: it actually might work. It’s very slightly shimmery, you can barely notice it, and it’s a great base for shadows. Final thoughts: it doesn’t last long on my lids, 5 hours tops.

Maybe that’s just me, though. My mum used this base for years and loved it, so maybe it’s just my lids that are too oily and no eyeshadow base will ever work on me.

I used the Fixing Powder by Artdeco to set everything in place. I love that this powder’s not white, but more slightly beigy-nude. It doesn’t smell powdery either, which is a big plus in my books. Also, another quality, it doesn’t go all over the place! It sets makeup beautifully, it looks like silky smooth skin, not powdery nor cakey. I think this might just be the best powder I’ve ever tried!

Then I used Zoeva’s 233 Cream Shader Brush to apply my shimmery eyeshadow, which I usually do with my fingers so that I don’t get any fallout. I have to say, this brush did the job perfectly! Not a single bit of shadow fell. Brilliant! And I even used it to slightly smudge some black pencil, which it also did beautifully well. I feel like Zoeva’s brushes never let down.

Last but not least, I applied the Color Statement Moisture Matte Lipstick by Milani, in the colour ‘Naked’. I bought it because, on Kathleen Lights, it looked like the most stunning, browny-pink-type-of-nude-lippie, like your lips but better, which is just my jam. On me, though, it looks nothing like that, it’s more of a nude, and a more pinky one. I still like it, though I feel like it’s just a bit too light. And I’ll still wear it often. It’s just a bit of a letdown.

The formula’s great: matte but not drying, doesn’t settle on those annoying lip cracks that are all over the place this time of the year. It doesn’t last very long on the lips, though. Mostly so if you eat / drink, you’ll have to reapply it afterwards. But it’s so affordable that it’s not a bad investment at all.

So here’s the final look:

And here’s how it looked after 4 hours: 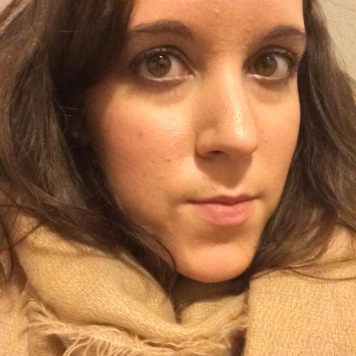 I’m quite impressed with all of these, and I can’t say I regret buying any of them. Yay!

Have you guys ever tried any of these? What did you think?