How are you all doing? Hope everything’s well 🙂

Today I bring you yet another review, from yet another of the products I got on my Feelunique Haul. This time it’s all about the eyeshadow primer I got, the Exaggerate Undercover Shadow Primer by Rimmel. 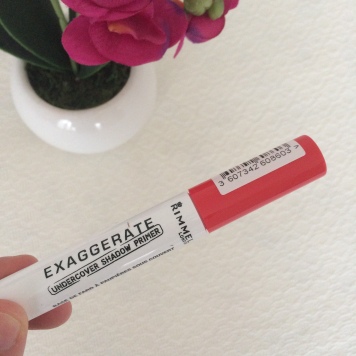 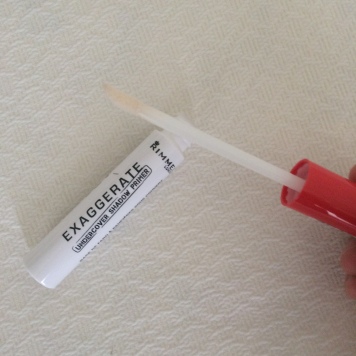 If you follow me for a while, you might remember that I hated the Urban Decay Eyeshadow Primer Potion! Well, I loved it for the first months, it did the job brilliantly, but then it turned a really weird consistency, started to smell weirdly of chemicals, was super oily and it separated – it was a mess!

So, since I have oily lids and eyeshadows don’t last long on them, I need some sort of primer. ‘Cause, let’s be honest, if we’re going through the trouble of creating a spectacular smokey eye, that baby’s gotta stay put all day long, am I right? 😉

This one was really affordable so I thought I’d give it a go. Let me say: it’ll definitely be making its way to my Worst of Beauty (2016)! It has a weird, oily, clumpy consistency and it doesn’t make my eyeshadows stay put. If only, it makes them last shorter! It’s still better to prime the lids with concealer and powder than it is to prime them with this product!

Honestly, I was so disappointed. I had high hopes for this one…

The only good thing about it’s the price, but not even that because, if you consider the fact that it doesn’t work, though it’s affordable, it’s still a waste of money! It normally sells for €6,90 (around $7,5 / £6 ) at Feelunique.

Have you guys tried it? Also, what’s the best primer you’ve ever tried? I need to know!